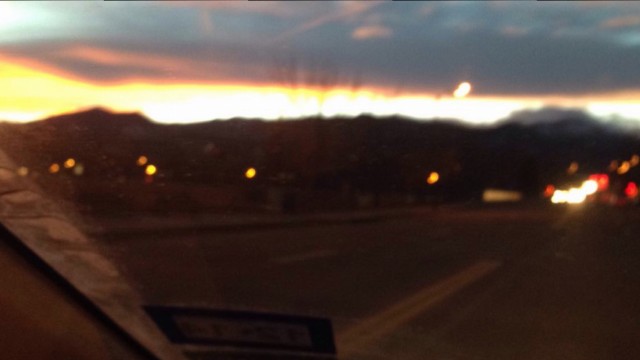 When I sat down to write this, I had planned to pick up where I left off in March with my stories and experiences of travel. I had planned a quirky picture of me on a mountain with a few sentences on living in the mountains. But that felt disingenuous when what I really want to write about is reviving a dream.

Since I moved to Colorado in March, I have been exploring my new small town. I have been trying to make friends and adjust to the cold. I have also been putting a great amount of time and energy into a new relationship. In short, I have not made much time for solo travel. I have traveled to Denver and to Pueblo alone, and I even went on an end of summer solo road trip through the mountains; however, these trips have not excited or inspired me like my previous solo trips. A few months ago, I asked myself why I had not been exploring like I planned when I first moved. It wasn’t until recently that I allowed myself to become consciously aware of my lack interest in my passion.

Why was I not challenging myself with solo travel? I first thought it was the new relationship and the new relationships with friends, but that did not feel right. What kept emerging from my subconscious was that I felt like a failure. A big, fat, boring, insincere failure for not accomplishing my dream of moving to Thailand to teach English.

I planned to go to Thailand in October 2013 to teach English in a rural town in the Kalasin Province. I quit my wonderful job at CASA and procured a new job, a place to live, and a plane ticket. Three weeks before I was set to leave the country, my beloved grandfather told me he was diagnosed with lung cancer. He went into the hospital about a week after we found out. Deciding whether to go and achieve my dreams or to stay to care for one of my best friends was the hardest decision I’ve ever made. In the end, I decided to stay. I cared for him for two months before he died.

Since then, I have stopped reading travel blogs, stopped traveling, and stopped dreaming. I haven’t kept in touch with old friends who are currently traveling because I was ashamed. I felt like I was one of those people who talks big but does not actually follow through. I knew it was a problem when I realized my new coworkers in Colorado don’t know that my life’s dream is to make money as a freelance travel writer and blogger. I stopped talking about my dream, my inspiration, my passion for months. I even stopped thinking about it.

Here’s to disregarding my fears and reviving my dreams. Keep me accountable, bloggerverse.