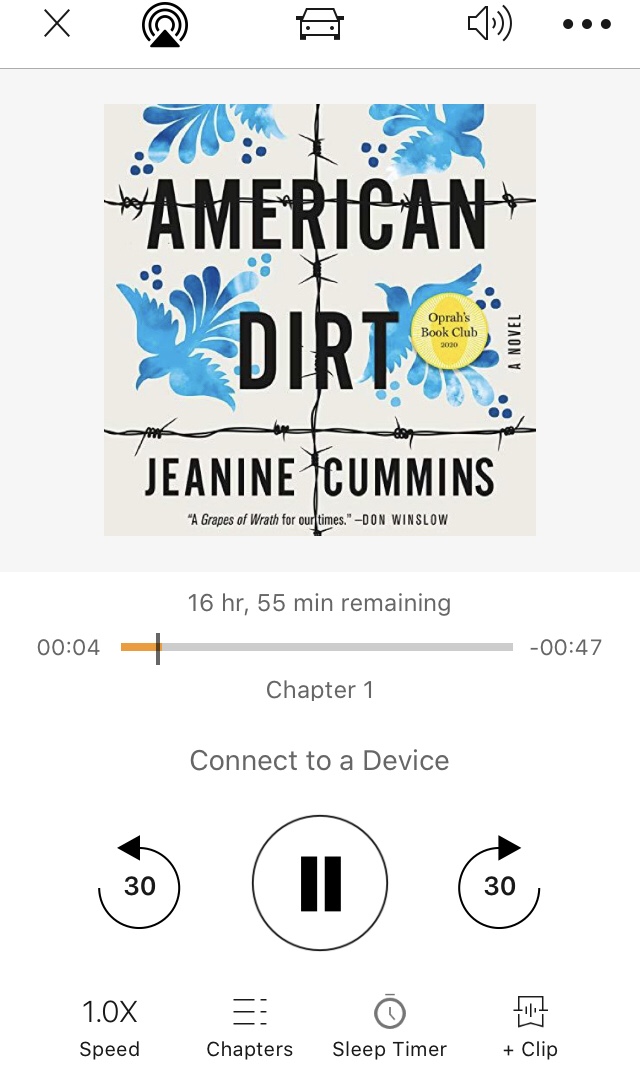 I heard an NPR segment today regarding the book written by Jeanine Cummins, American Dirt, and the unintended consequences of writing from a different cultural perspective than one’s own . The author stated that she envisioned writing a tale of a migrant’s journey to America. She stated that she too was worried that she has no business telling this story, which is the central argument of her critics. Latinx and Chicanx people are weighing in on Twitter and other various social media platforms on either side of the issue. Some people highly praised this novel, including Oprah and Stephen King while others point out the necessity of letting POC, immigrants, LGBTIQA+ tell their own stories. Click here to read or listen to the NPR story.

One critic brought up a point that clarified an issue I haven’t quite understood before. Cummins often describes her characters’ skin in phrases like “berry brown” throughout the book. The critic stated that comparisons of peoples’ skin to food such as “cinnamon brown skin” or “chocolate” objectifies POC. I’ve been guilty of this one an embarrassing amount of times. But it’s not about my embarrassment, it’s about sitting with my discomfort to learn and to be better. My privilege blinds me in a lot of ways, and that was just one example. The critic stated that it was as if the people reading this book would forget what they are: brown.

Because this book is so controversial, I could not wait to download it on Audible, a modern books on tape app. Have you read it? What do you think? I want to read any an all opinions about this. It’s not about us knowing everything or not being racist (did you think that when you read this– “I’ve done that but I am not racist!”?), it’s about discussion, listening, and learning. So please share with me!