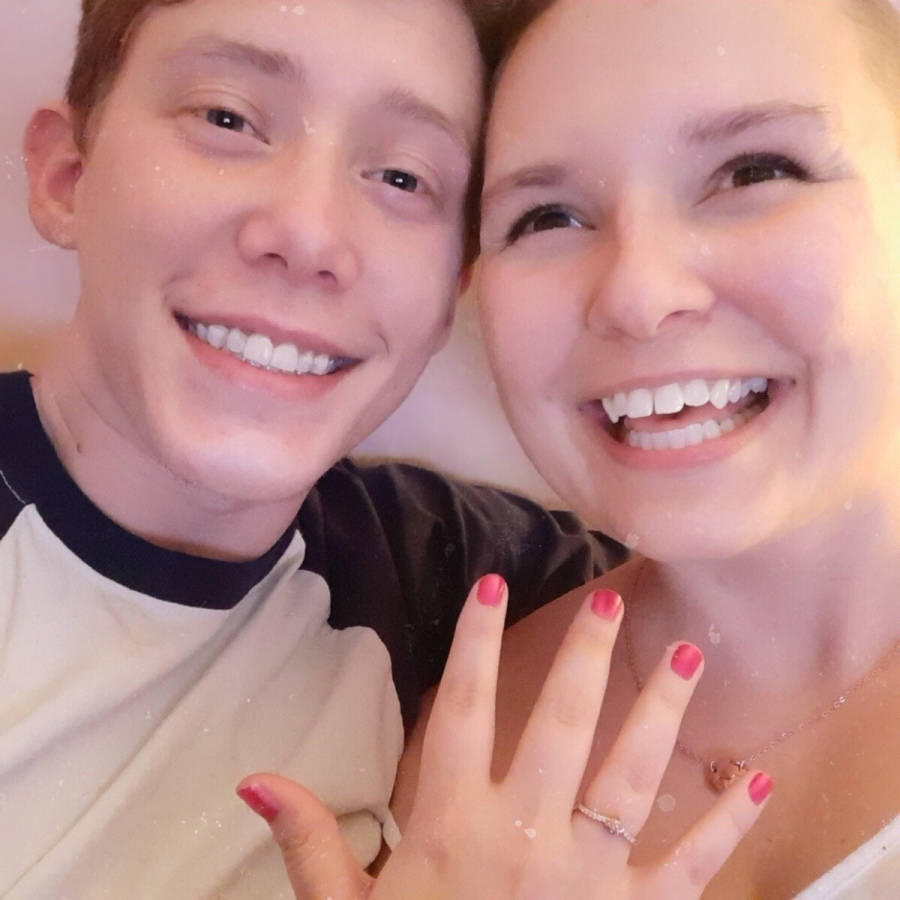 Okay, so we’re not actually going to a chapel. But we are engaged! My beloved fiancé (still weird to say) proposed to me on my birthday last month. I wasn’t feeling well so I canceled my own birthday plans, which ruined his.

He seemed weirdly nervous for being in his off-brand Snuggie at home. He continued to mention that he had a present for me and I continued to say, “I’m ready to open it!” He said he wasn’t ready a couple times and I forgot about it. So finally, I made him go get it and put it in my hands while I closed my eyes. When I opened them, there was a small, velvety box in my palms. I thought “ This can’t be a ring! I bet it’s earrings or a necklace.” I’m pretty sure I was squealing the entire time it took me to open the box. As I opened it, I thought, “Wait, this has to be a ring! Right?!” And there it was, gleaming in the velvet paper holder. It. Is. Perfect. M picked it out all by himself, and I could not have chosen a better one. It’s everything I’ve ever wanted. A gold chocolate diamond with white square diamonds halfway down the sides. He then became tongue tied and barely got out “Will you marry me?” And I think I shouted inappropriately loudly, “Of course, duh!” I’m a child of the 90s, what can I say? 🙂

We have no current wedding plans or a date. We have a few ideas, but they are minimal. We don’t want to hurry this process, though people’s unsolicited advice about how the wedding should be makes me want to do the damn thing and get it over with. I love to hear stories of others’ weddings as long as it doesn’t come with a “you should definitely do that!” I already feel a lot of pressure bearing down on my windpipe to do what people want. But my friends, I will tell you right now that it’s going to be a celebration of our choosing that will reflect our personalities and relationship. Okey?

In celebration of so, so much love,

Maezie (Malcolm’s nickname for me)

2 thoughts on “Goin’ to the Chapel”