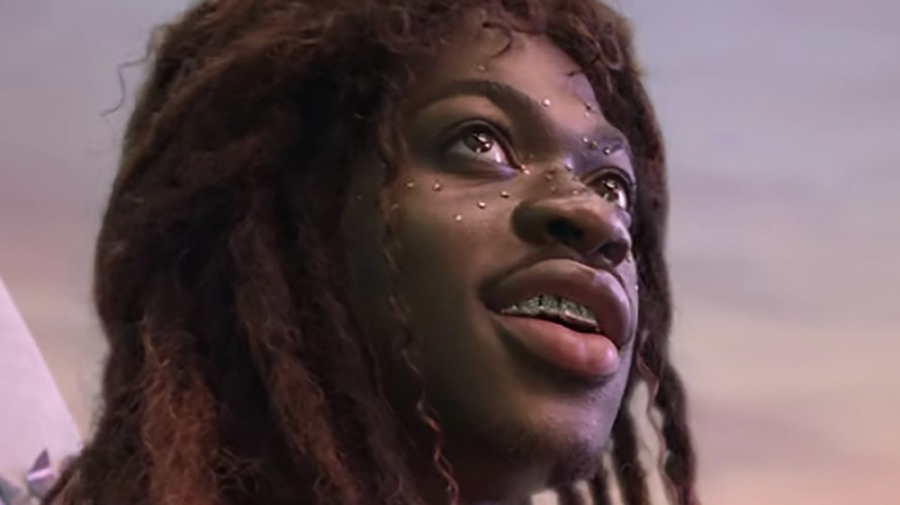 Y’all, we have to talk about Lil Nas X’s Montero. You knew it was coming. You know I can’t keep my mouth shut when it comes to queer culture.

And ya girl is completely in love with his song and this video. It’s sexy, irreverent, and bold. Lil Nas X wrote a letter to his younger self and posted it on Instagram after the video came out recently. In it, he says he was never going to come out and that he promised himself he would die with his secret. His secret being this entire piece of his identity. How tragic is that?

For those who have experienced religious trauma, such as being a queer person confined by the traditional black and white morals of religion, can make queer people turn the hate and homophobia in on themselves: internalized homophobia. Society still largely tells us queer people are bad, strange, living in sin which can lead to an intense destructive attitude towards society and religion and self in. I’ve been there.

To me, this song looks and sounds like healing. Bucking the traditional religious morals and constraints, accepting who he is. And what a way to come out! Instead of condemning Lil Nas X, we should be celebrating his healing journey and courage. This is his expression of growing up gay in the church, and I love it completely.

What did you think of it?