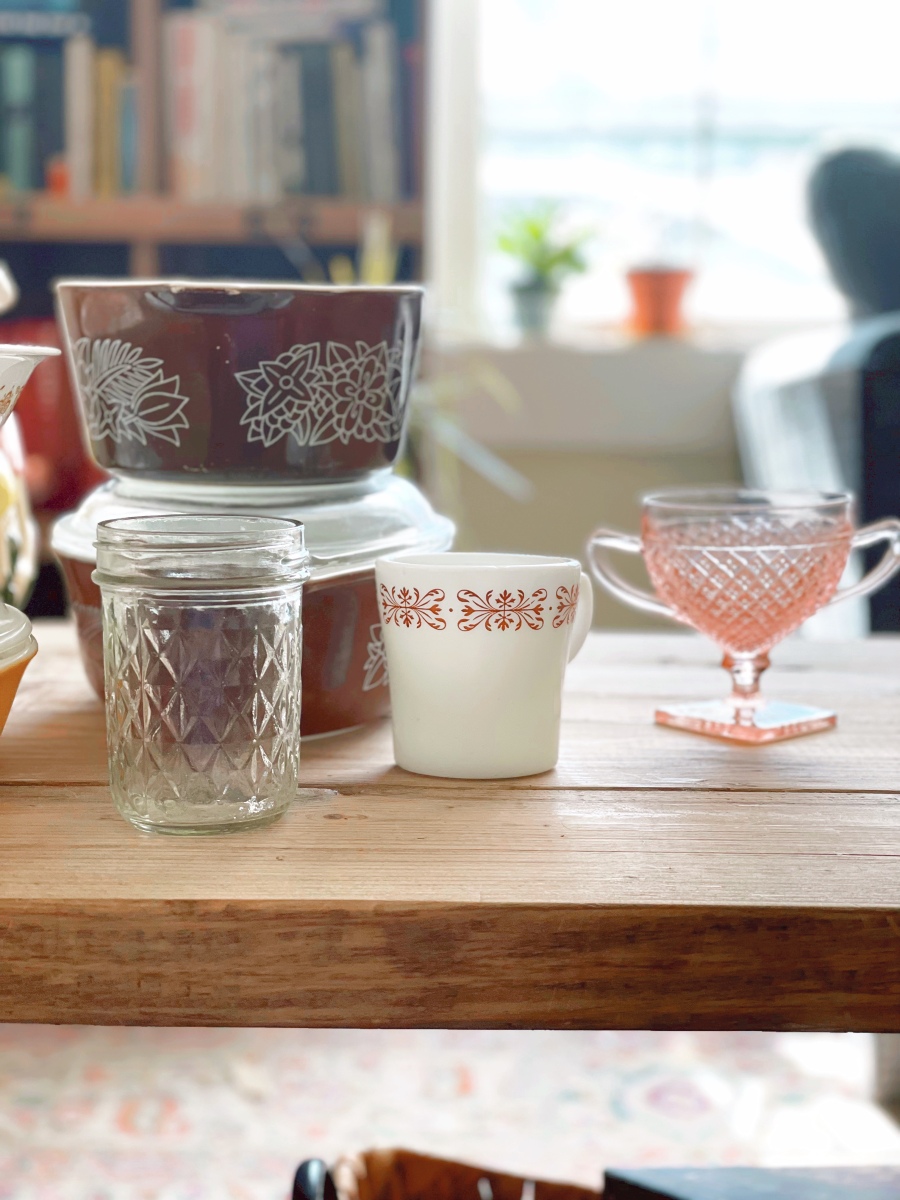 A few months ago, my dad sent me a lead test kit after I lamented about lead in Pyrex. He doubted that, but I thought it made sense (like how we now know some paint has lead in it, water, etc.). I pledged to do the test to settle our intense curiosity. The first test yielded wildly different results than the second round of testing. Which means I’ll obviously have to do another round of testing. Ahh! I don’t mind though, I find it fascinating. It harkens back to a time when I found science vast and exotic.

The testing instruments were a different brand from last time. My last experiment produced unclear and easily subjective answers, so I wanted something with one color instead of a scale of hues. The 3M brand pledges if it’s red, there’s lead. There are two points on the test tubes which are squeezed and crushed, much like a Camel Crush. After that, shake two times, and apply pressure to the tip. A mustard colored liquid bead drops out (quicker that I was ready for. It made a pretty large mess — whoops!) and is rubbed back and forth for 30 seconds. If the liquid turns pink or red, lead is present. The redder, the more lead. The instructions did not include dishes or ceramics as testable surfaces, but I plowed on anyhow.

They even included two test cards that have a small amount of lead on 8 different dots, one for each test tube. This is used to confirm a negative test. If the liquid never evolves into pink or red, the tip of the tube is pressed on the test cards. If it turns pink or red, it confirms the negative result that there is in fact no lead present in the item.

I started with the control, the jelly jar.

It tested negative which I confirmed on the dot.

My eyebrows raised and concluded this can’t be an accurate test. The test cards reassured me a bit, however. It showed all the tests were in working condition.

And then I tested one of my favorite vintage finds I own: my mushroom canisters.

Which tested positive!! Sad results, friends. I will have to think of another use for my beautiful, exactly-my-vibe jars. I also want to run another round of testing. The results in my last test showed half of the Pyrex I tested contained lead. What’s real anymore *she asks dramatically in a whisper-yell to the universe*?

The outside also was positive for lead too 😦

I plan to get another type of test and in the future, the same kind. If I can’t recreate the results, I know something went wrong. Back to the drawing board for now!

What’s your view – is our vintage Pyrex safe to use?